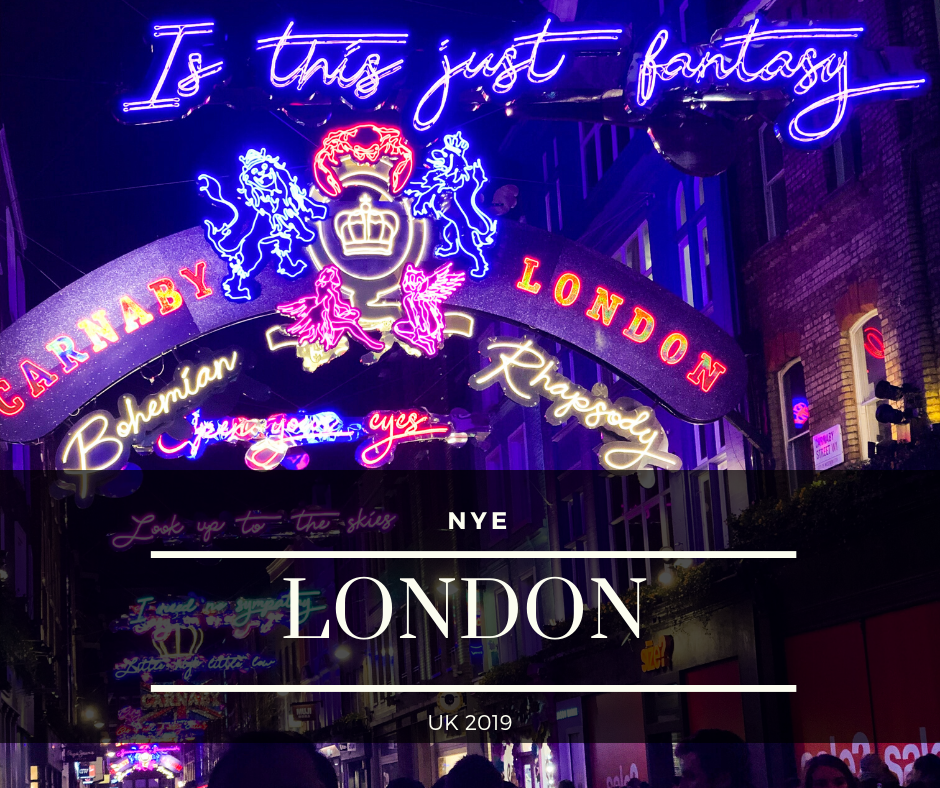 It’s been more than two months from my trip to London and I’ve been putting off finishing this post for too long. I am so happy that it’s finally up – hope you’ll like it. 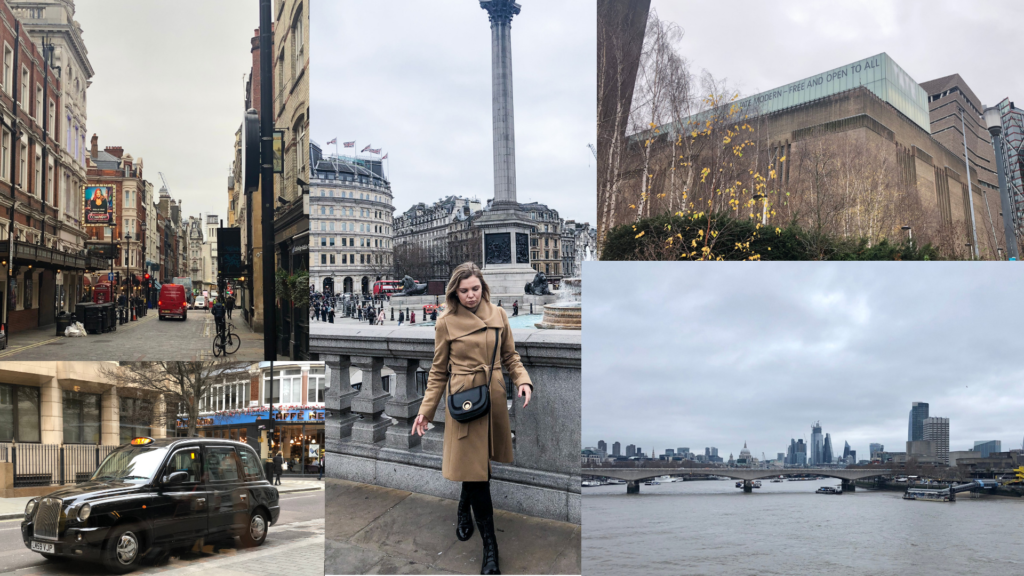 We landed in London December 28, so right after Christmas and just before New Year’s Eve. For me it was the fist time to be away from home during that time, but my third time in London, so I didn’t mind one bit.
Even though the weather was mostly grey. 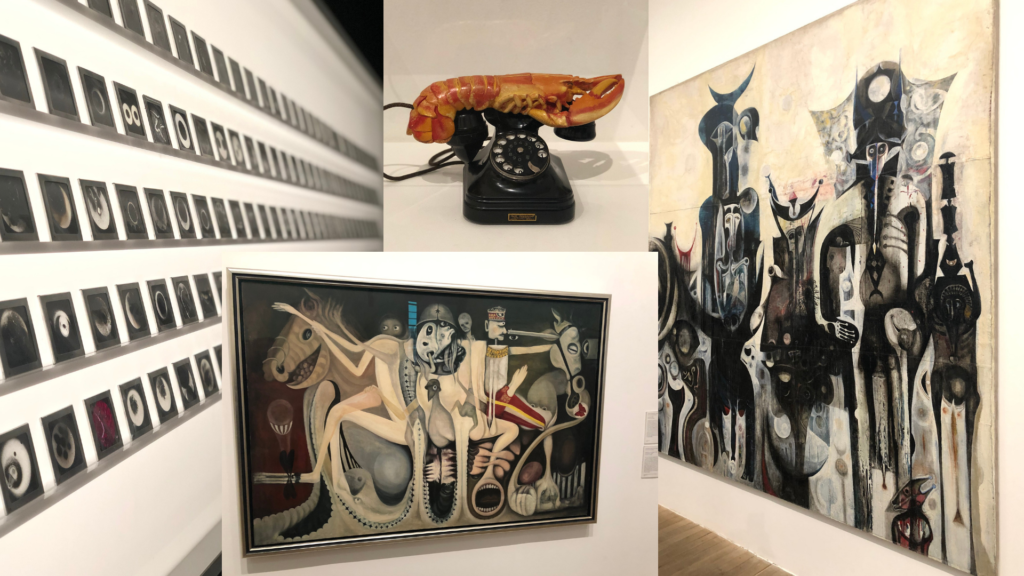 We started our trip with museum visits. First one was Tate Modern, which is modern art museum. 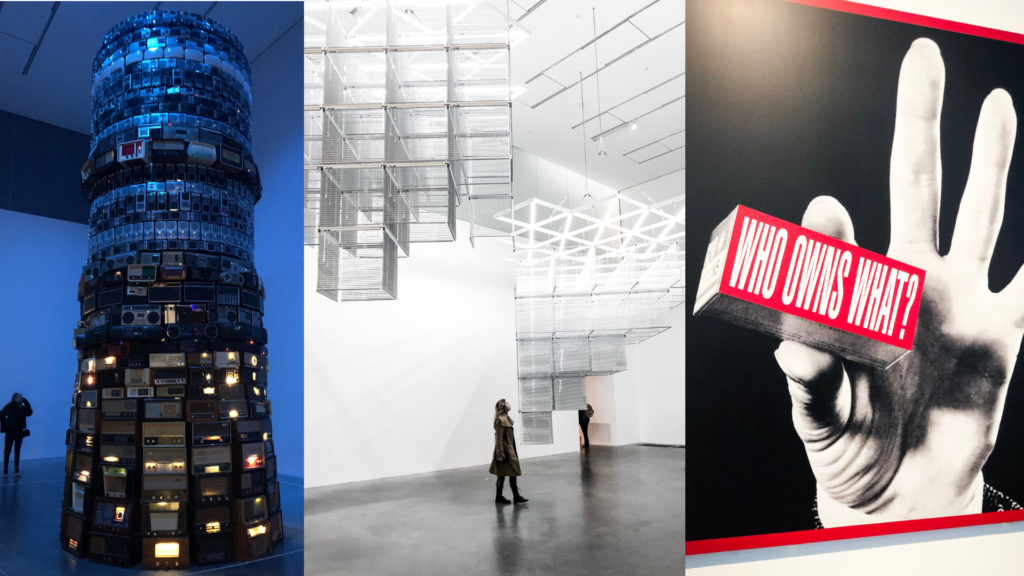 During our second day, we had brunch at Aqua Shard. It was more like three course dinner. I was between going to Sky Garden and Aqua Shard, but since the reviews were better for the Shard we opted to go there.
The view from 31st floor to London was pretty awesome, but the food I would say was more like average. 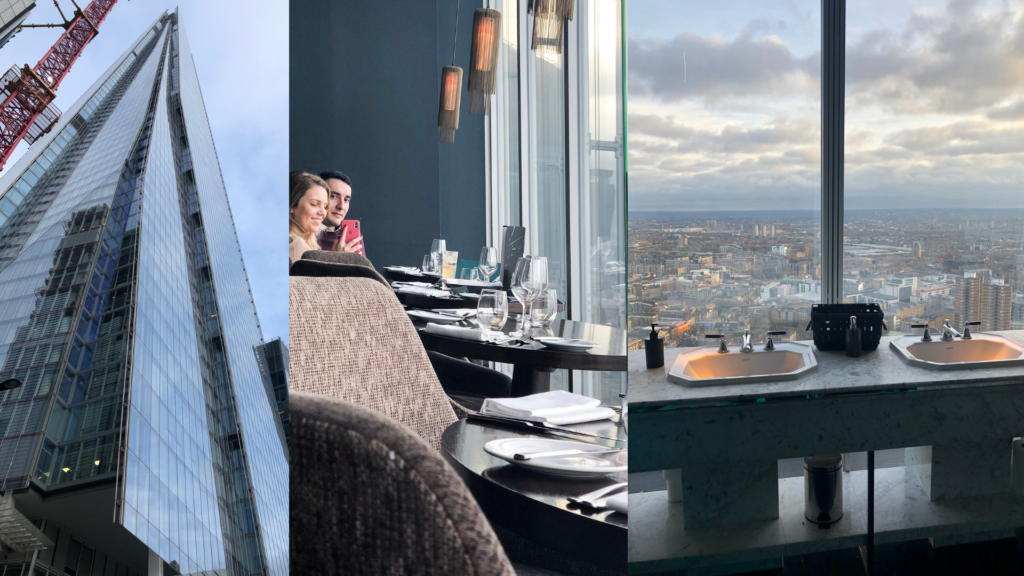 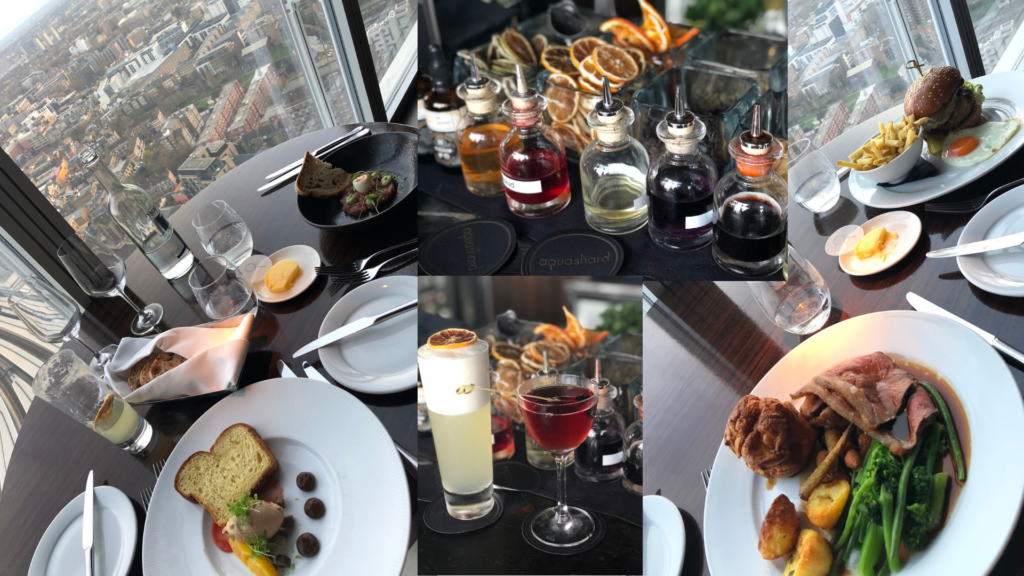 For dessert we had treacle tart and chocolate brownie. The place was quite full pretty much the entire time we were there. Keeping that in mind, the service was very attentive and food was good. The quality of the food was not as high as would have expected, but I would say still it’s worth the visit.
If you’re thinking about going there, then I highly recommend booking at least a month in advance! 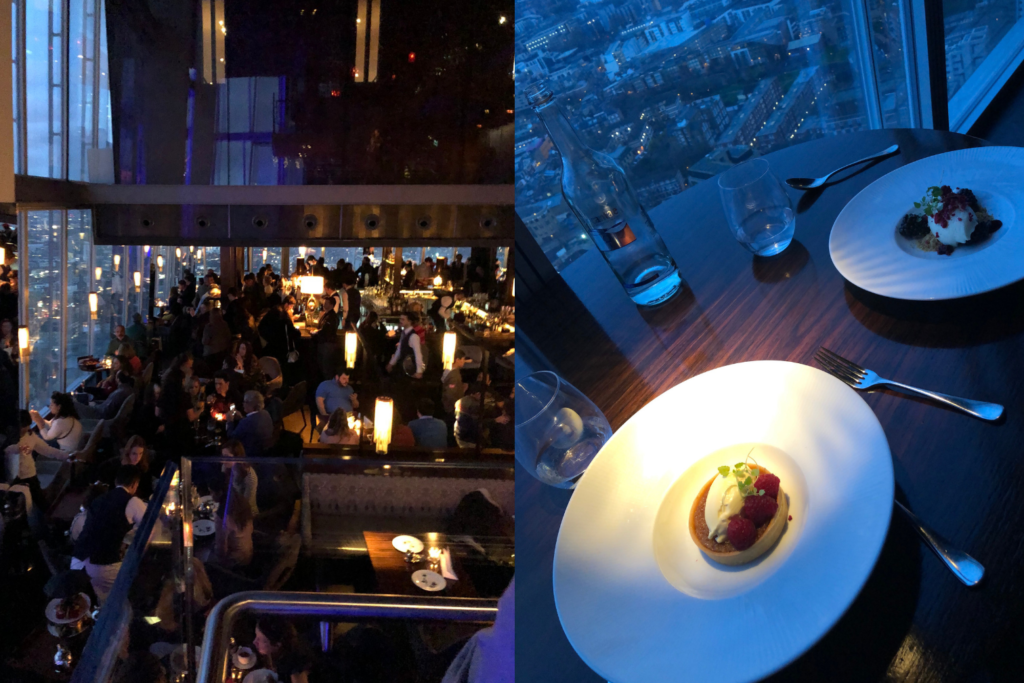 Our view over the Tower Bridge, few hours apart.

Another museum we visited was the Natural History Museum. The museum house itself is like something from Harry Potter movies – a sightsee on its own. Inside there was a lot interesting, but since it was the period after Christmas, it was super full and too many strollers with screaming creatures. So we didn’t stay too long nor take many pictures. 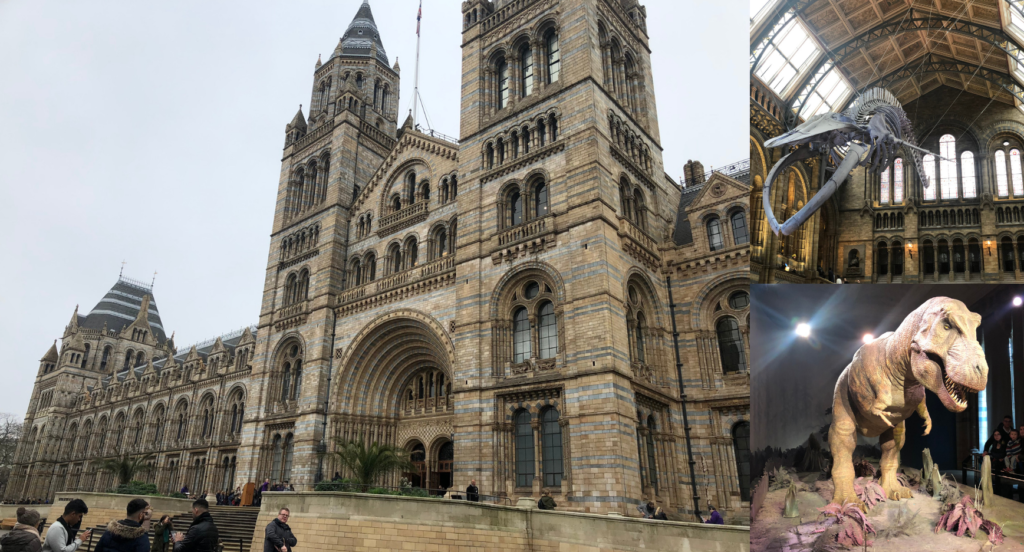 The second part of that day we spent in Camden Town. Just 15-20 min tube ride away from Natural History Museum. 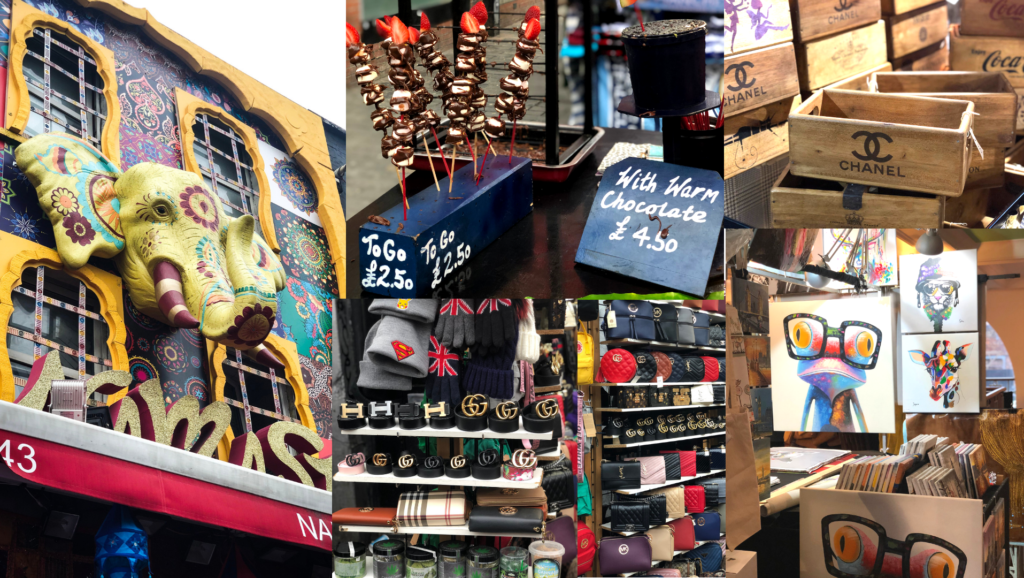 There’s a lot of cool vintage shops, food from every place on Earth, popular high-end replicas and so much more of everything. It’s definitely a must when in London! 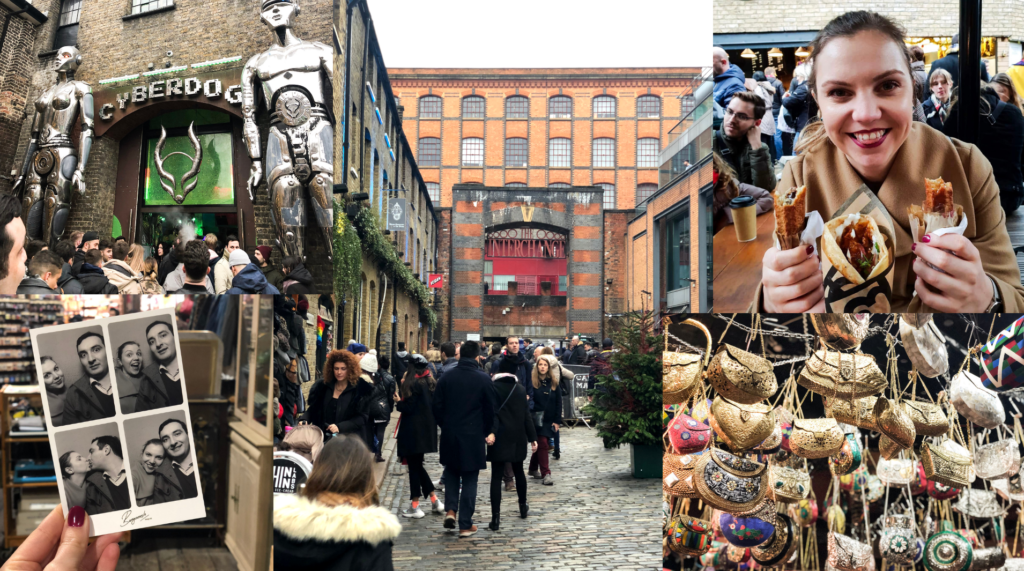 The last day of December we spent in the British Museum. Little tip, if you should ever go there and there’s a queue in front then just go to the other side of the house. Most likely there’s no line whatsoever. 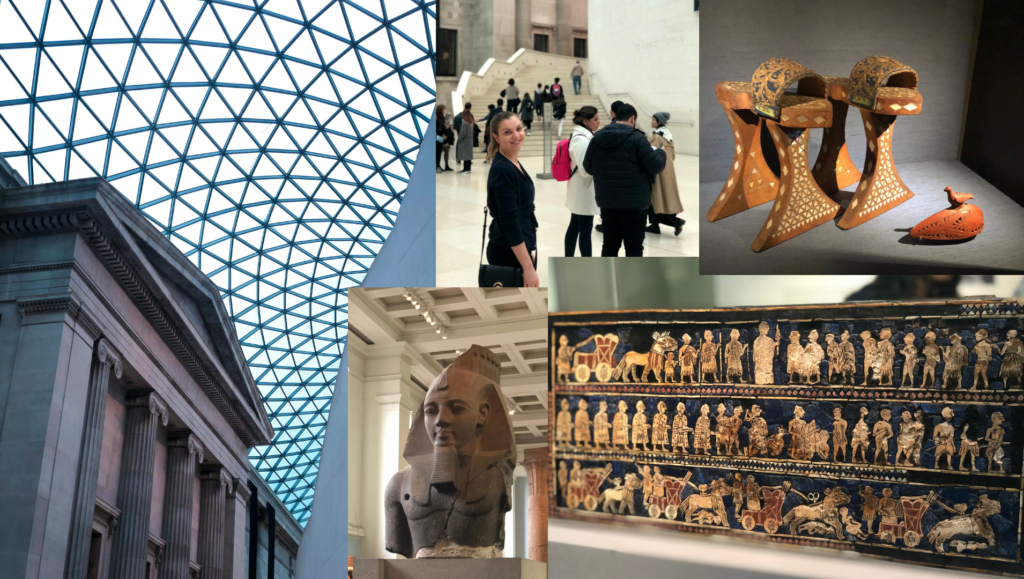 Absolutely loved the pieces from different eras and continents around the world.

Apparently the female shape has been worshipped for a long-long time. Yeah! 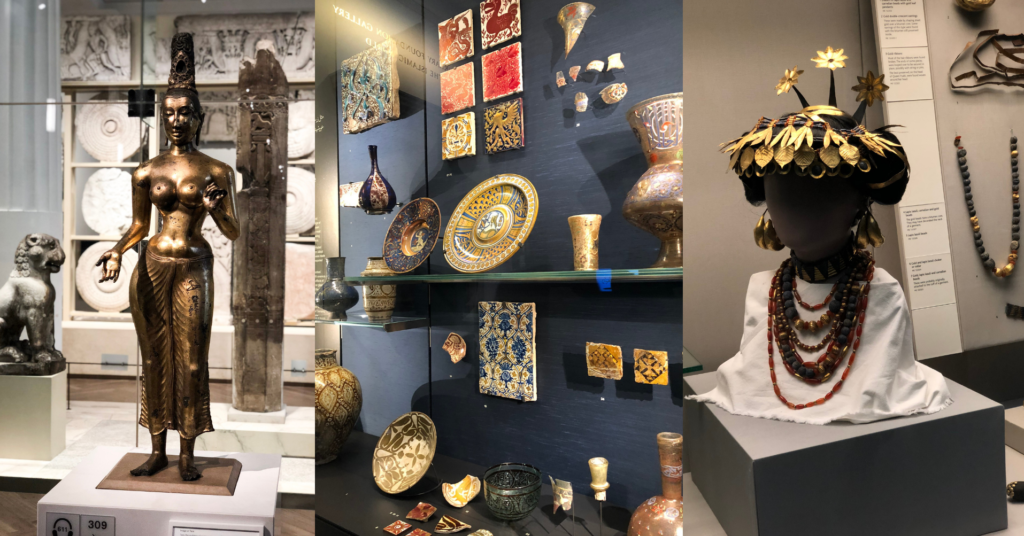 After the museum we walked through Covent Garden – there was a vintage pop-up flea market that day and a crazy man squeezing himself through racket hole (you can check it from my instagram highlights).
Heading back to our place in Soho, we spotted a Pho place with incredible Vietnamese food! It was packed the whole time and the food was just insanely good. 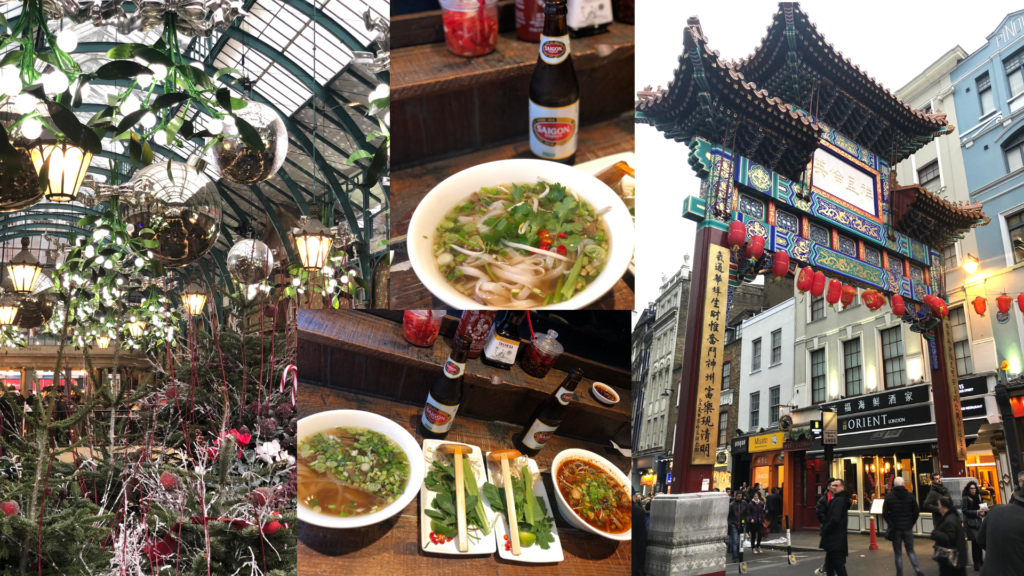 We spent our New Year’s Eve in Aqua Kyoto restaurant. It’s a contemporary Japanese cuisine restaurant and for NYE they had a decadent 8-course dinner.
Among other things, the dinner included of edamame and fresh sushi with caviar. 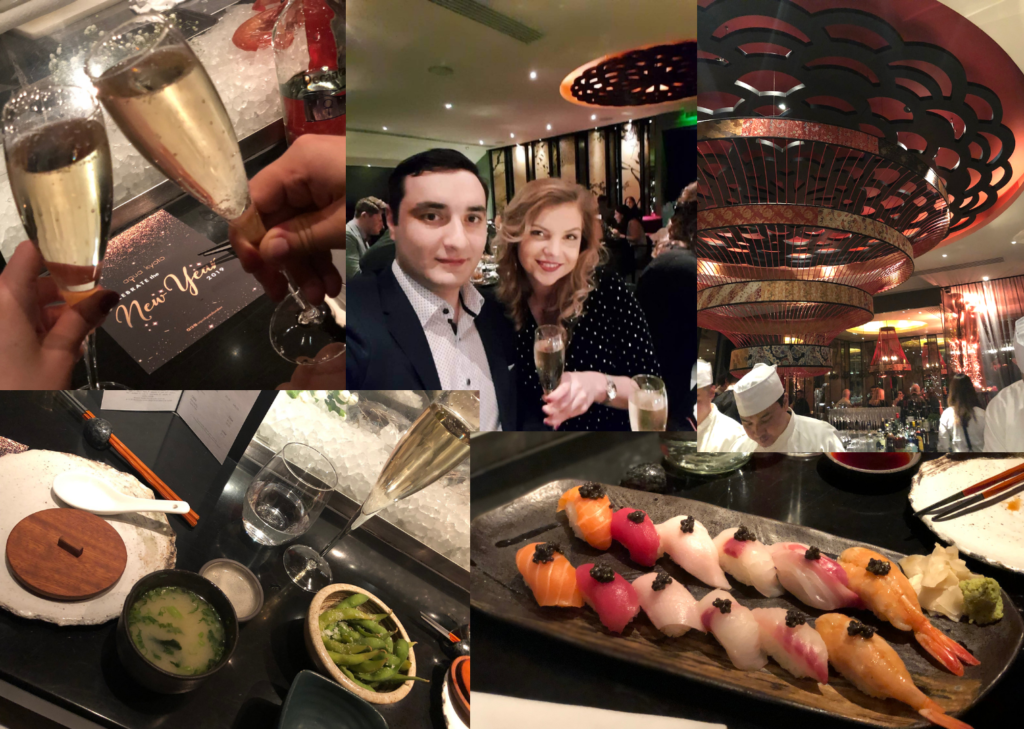 The sashimi was so fresh it just melted in my mouth! Wasabi next to it was also natural, which is quite rare. Most of the time instead of real wasabi you get plain horseradish paste with some “wasabi” powder in it (google it).
Then there was Waygu beef sirloin with black garlic teriyaki glaze and simply unbelievable foie gras miso sauce..
The greatest highlight was probably the next course, which was black cod with tonburi and yuzu curd. The cod was cooked exceptionally! I have no more words to describe it. It was beyond me. Hands down.
But of course, there was more. 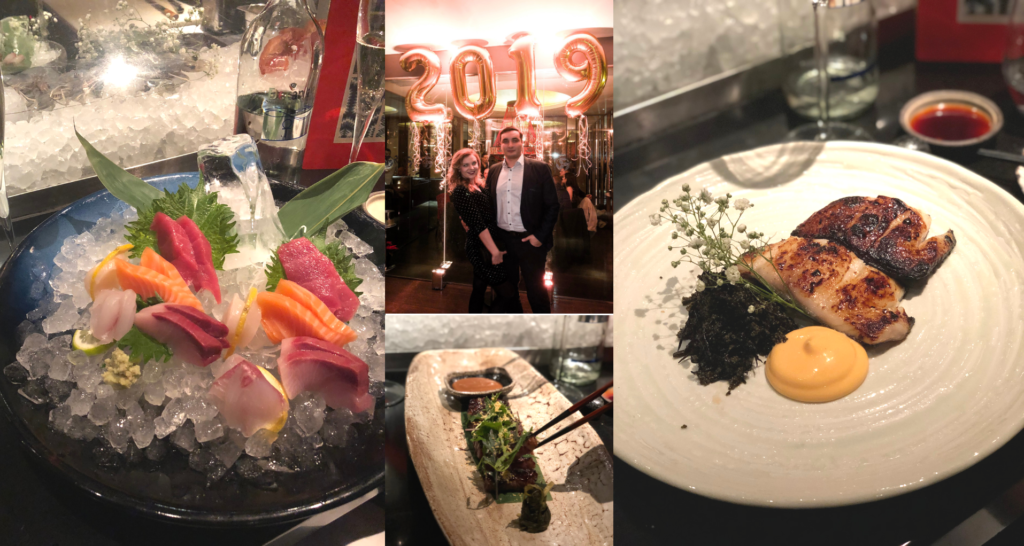 Wild prawns with lime miso sauce followed by dessert – Yuzu mousse, almond mirin praline and satsuma sorbet – a surprisingly good and a perfect palate cleanser after such a rich dinner. 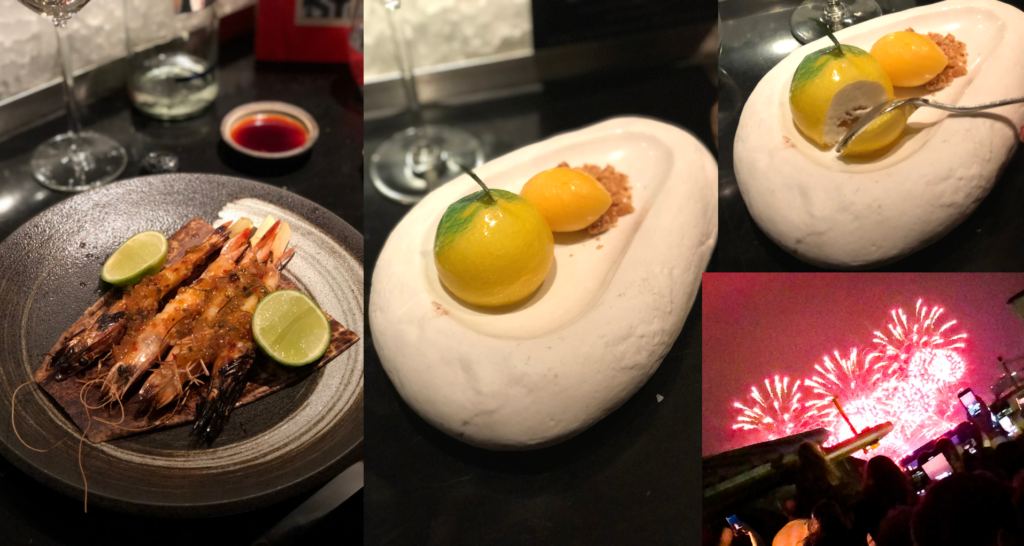 The last days we just walked around, did a little shopping and ate more comfort foods. 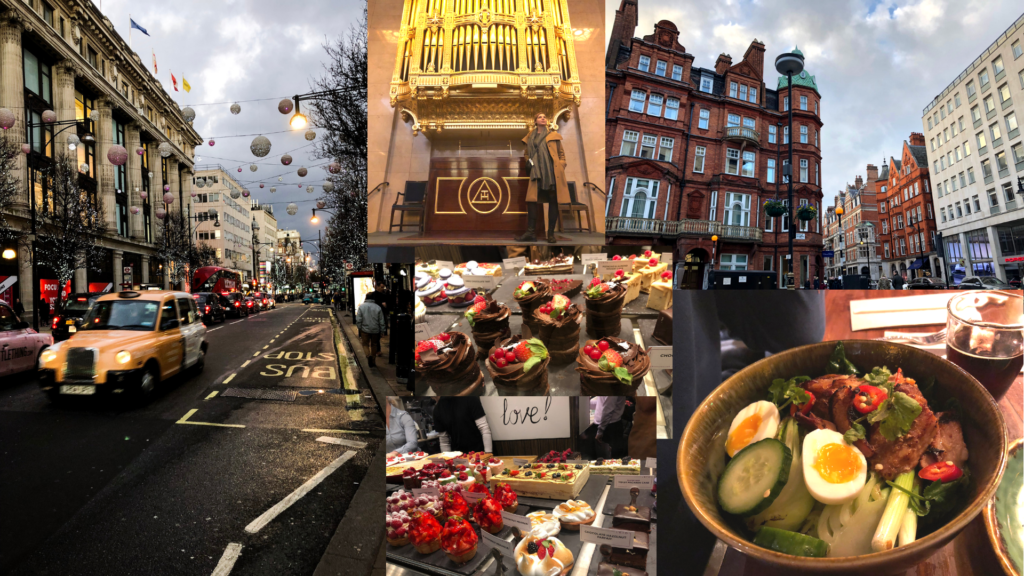 In conclusion, the period after Christmas and during first days of January is a good time to visit London. Go sightseeing and do some shopping. But there are many tourists and locals doing just the same, so if getting some personal space is a not too high on your list, then definitely go to London for New Year’s Eve. 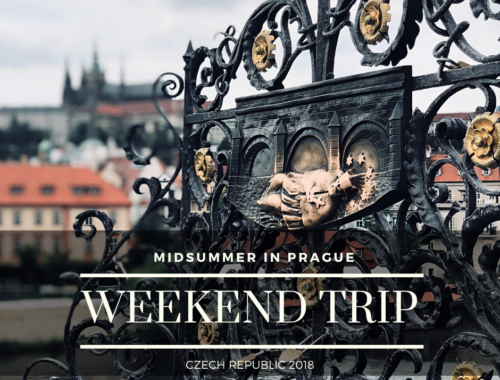 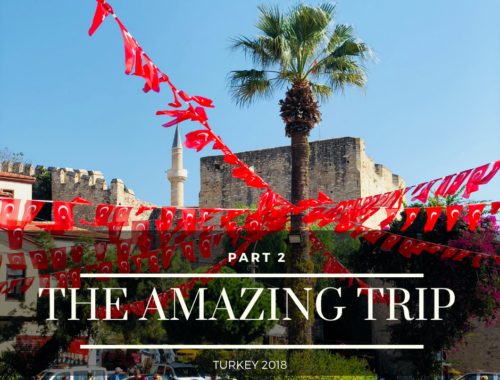 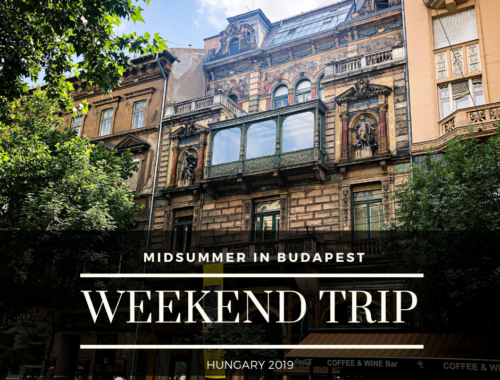